Château Élan is the Most-Awarded Winery on the East Coast

Château Élan is the Most-Awarded Winery on the East Coast and we were invited to a tour and wine tasting.  Yes, you read that correctly – in Georgia.  When most people think of wine, Georgia is not typically the first area that comes to mind.  However, I believe that Château Élan is changing people's perception of wine produced in the Southeast.

Oddly enough, even though I have lived in Georgia for over 20 years, I had not been to the winery and resort before.  To be honest, I didn't think I would like the wine as I thought it would be too sweet. Wines produced in Georgia are mostly made from muscadine grapes which have high sugar content. When I think of muscadines, I think of Muscato Wine which is extremely sweet.  I like my wine to be more on the dry side.

I was pleased to find out the type of varietals the winery is known for include Muscadine varieties, Cabernet Sauvignon, Chardonnay, and various blends. Château Élan is located in Braselton, Georgia.

The wines we tried:

I truly enjoyed all of the wines. However, my top three choices in no particular order are:

Château Élan Chardonnay
If you are looking for a smooth, fruity, oaky chardonnay – this one is worth a try.

Château Élan “Nancy”
Nancy is the first addition of super premium white wine to their “Fingerprint” collection. It is the most elegant wine yet created by Simone Bergese and it is named after Château Élan founder Dr. Nancy Panoz. It is dry with a slightly fruity taste.

Château Élan Les Petits
If you love bold red wines – this one is the one for you.  A blend of Petit Verdot and Petit Syrah. It is deliciously rich and textured wine.

Simone Bergese is the Executive Winemaker and Director of Winery Operations for Château Élan Winery & Resort. Simone is originally from Alba, Italy, and holds a degree in Oenology and Viticulture from the Turin University in Northern Italy.  Simone has worked as Assistant Winemaker and Chief Winemaker for several wineries across Italy, Australia, and the United States before joining Château Élan Winery & Resort in 2013.

Upon Simone's arrival, he directed a complete overhaul of the Estate Vineyard.  The winery had been struggling to keep the grape vines they were growing in peak condition. At Simone's direction, all of the vinifera vines and other vines that were deemed unworthy were removed from the vineyard and replaced with muscadine vines that are unique to the Georgia climate.

Château Élan produces all of their wines at the winery. In addition to the grapes grown in their vineyard, they source and transport grape varieties from top vineyards in California.

Simone also infused specific winemaking techniques at the winery that he honed over his 20 years of winemaking across the world.  Since joining Château Élan in 2013, his wines have won over 150 awards at prestigious wine competitions and he has brought the wine offerings to over 20 styles of wines.

Château Élan makes for ideal for weddings and meeting destination.  It has four ballrooms, 12 conference rooms, and an auditorium. In addition to the winery, the property's grounds also include a golf course, tennis courts, and a full-service spa. According to guests, the Château Élan packs quite a punch with the amenities it provides.  There are seven restaurants that offer a variety of types of food – literally everything from French cuisine to traditional Irish pub fare.

The guest rooms at the resort emulate elements of a French country estate. Very posh indeed. 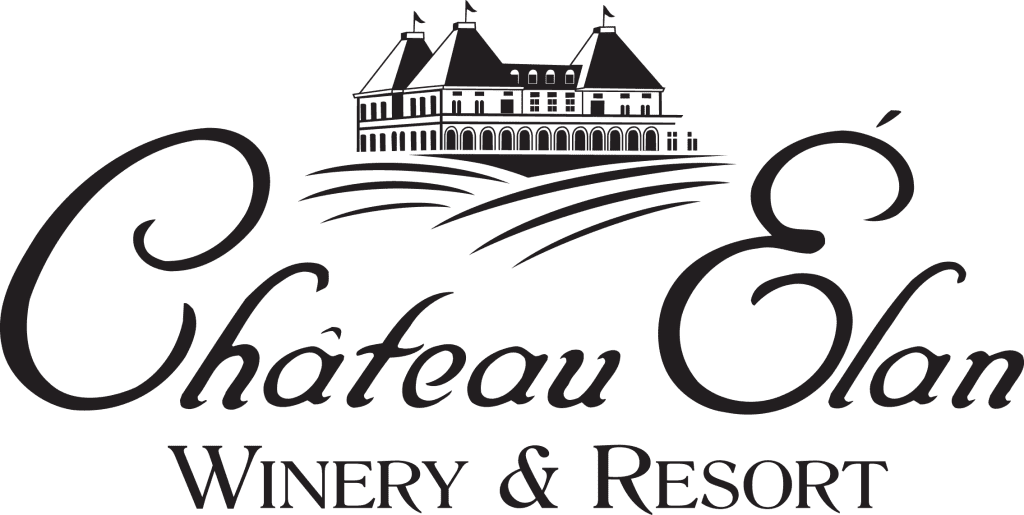 Donald and Nancy Panoz are the visionaries and founders of Château Élan in Braselton, Ga., USA. The luxurious resort is the first winery of its kind in the region since Prohibition. With numerous expansions over the past 14 years, Château Élan is now an award-winning winery and resort with an inn, conference center, four golf courses, eight restaurants, a European-style health spa, residential community, wine market, equestrian show center, and tennis center.

Come on out and experience for yourself the place where European Luxury meets southern hospitality!

We hope that you loved this “Château Élan is the Most-Awarded Winery on the East Coast” post.

We were hosted by Château Élan Winery & Resort and not compensated to write this post.
As always, the views expressed in my post are my own.