Ryan Long, founder of City Summit and City Gala believes in advancing the community through humanitarian activities and events. City Summit is a series of 60 world-class, socially conscious business acceleration experiences held throughout the United States benefiting the 8 nonprofit beneficiaries of The City Gala.

Proven business leaders, strategists, and business owners are featured to teach attendees how to increase revenue, generate leads, diversify revenue, establish authority, raise the value of their business, elevate brand awareness and concentrate on hyper-growth. The topics of the City Summit range from leadership, innovation, marketing, business fundamentals, operations, and inspiration.  The ultimate goal is for City Summit attendees to learn, grow, and network.

Discover the Art of Gifting this season: Shop 5,000 years of art at The Met Store.

Ryan Long had a troubled childhood and started to make positive changes in his life after fathering a son while in his 20's. Long was very close to his grandfather. His grandfather was suffering from dementia and devastated the family by taking his own life.

Long moved in with his grandmother shortly after his grandfather died and began reading his grandfather’s personal development books which inspired him to create vision boards. He quickly discovered that all of his vision boards had a common theme — the concept of contributing and giving. He knew then that From that whatever influence he might achieve in his lifetime would be tied for himself not to fame, but to contribution. He would help musical artists be discovered. He would join with every one of influence he could gather with him to create opportunities to “connect and contribute” — an increasingly magic formula that he knew would be a central point of focus for the rest of his life.

In 2014, the concept of the City Gala was born in order to assist startup, non-profits obtain seed funding so that they could launch into a full-fledged business. The idea was to bring highly visible, and influential individuals to speak on behalf of the charitable organizations, and attract large donors and sponsors.

After City Gala 2016, Long was contacted and invited to be the Executive Producer of the Novus Summit at the United Nations. The focus of the Novus Summit, which took place on July 17th, 2016 was to bring together leaders in innovation and technology and create a conversation on how to advance humanity into the future. That event, which took place in association with UN DESA, was centered on the Global Goals initiatives of the United Nations and featured a keynote speech by Xprize Founder Peter Diamandis among other notable speakers.

Ryan Long volunteers for the beneficiaries of the gala for a full year prior to the event. Long's goal is to train, develop, and assist each beneficiary of the gala that is aligned with solving the world's global grand challenges. The red carpet event has featured dozens of A-list celebrities like Ashton Kutcher & Matthew McConaughey. The program is fulfilling his dreams (and has become his primary business).

The Atlanta Mastermind event kicked off with a red carpet and networking opportunities and then went directly into speaking sessions from a variety of leaders in their field for the remainder of the afternoon. A key component at the event was a “Shark Tank” investor panel where individuals presented their entrepreneurial business ideas.

United Intentions Foundation (UIF) was the charitable beneficiary and focus at the event.  UIF's mission is to provide resources for individuals, schools, businesses, to create, track, and manifest their intentions.

I had a chance to sit down with  Michelle Marie Matich, Producer, Director of Communications, and Event Manager for City Gala & City Summit to talk about the charitable selections for each summit. Charitable organizations that are looking to eradicate global challenges such as slavery, sex trafficking, hunger, homeless, and mental health issues are eligible to complete the application process for selection consideration.  Charitable organizations that are interested can email Michelle at Michelle@citygala.org and request an application.

Memberships are available at only $9.99 per month. Membership fees are charitable contributions to Global Unity – a program of International Arts & Philanthropy Foundation, Inc. 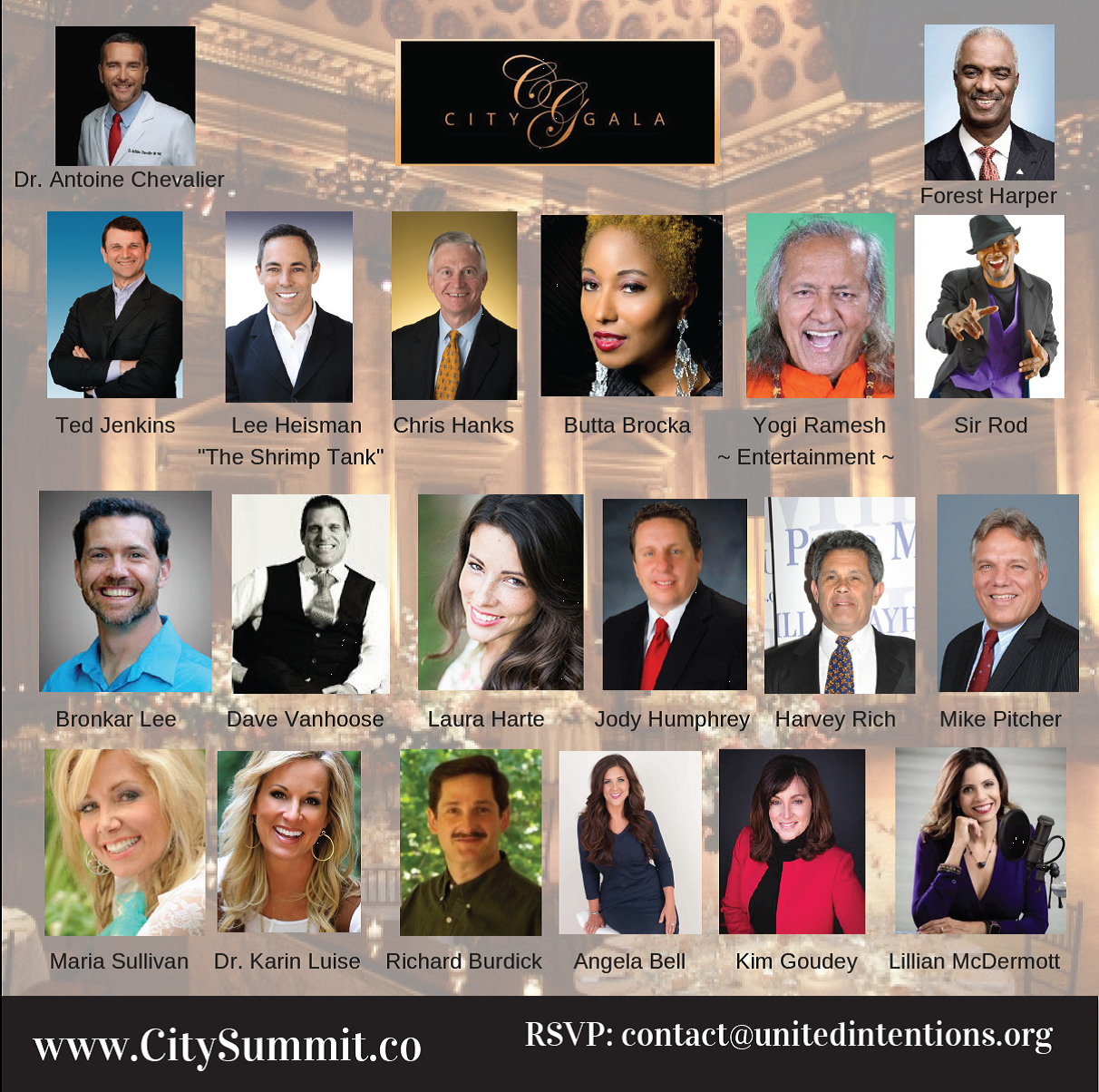 Get Social with City Summit!

We hope you enjoyed this “City Summit's Atlanta Mastermind” post.