The NFL, Greater Atlanta McDonald’s owner/operators, and the 100 Black Men of Atlanta teamed up to give local Atlanta families an unforgettable day of fun at NFL Play.  Throughout this event, families interacted with NFL players, had the full game day experience,  and had a chance to win tickets to the Super Bowl 53.

NFL players Shaquem and Shaquill Griffin (Seattle Seahawks), Eric Ebron (Indianapolis Colts), Mark Ingram (New Orleans Saints), and Mohammed Sanu (Atlanta Falcons) were in attendance at the event and had encouraging words to share with the students and families in addition to taking photos and answering questions.

Click on the video below to take a look at the event!

Click on the video below to see Mark Ingram, Jr's inspiring words to the students and families:

Despite his success on the football field, Mark Ingram is most proud of his ability to give back off of it. A product of Flint, Michigan, Mark is committed to helping out underserved communities.

Growing up, Mark and his family persevered through the challenges and impact of having a parent navigate the criminal justice system. These experiences left a long-lasting impression on Mark and inspired a lifetime dedication to help youth and families dealing with similar challenges. This commitment inspired the idea for the Mark Ingram Foundation and motivates our volunteers and programming. 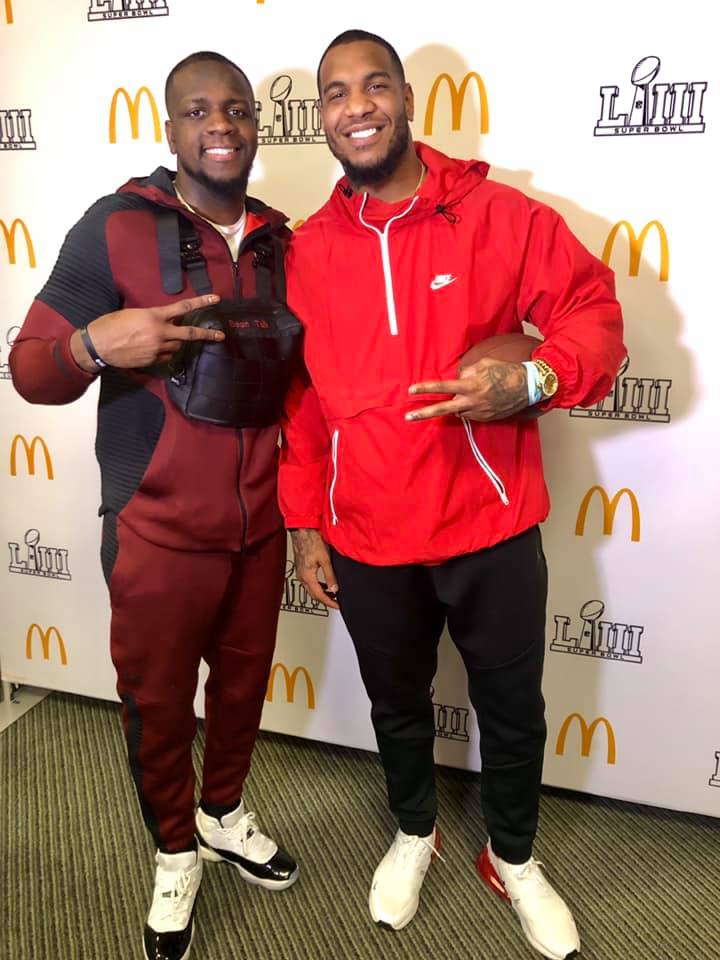 Click on the video below to see what Shaquill and Shaquem Griffin had to say:

Inseparable by Shaquill and Shaquem Griffin is much more than a sports memoir.  Shaquem and Shaquill Griffin share the previously untold details of the powerful and inspiring story behind the modern NFL’s first one-handed player, and his twin brother’s unrelenting devotion, sacrifice, and love. It’s the story of Shaquem’s understanding of God’s purpose for his life—to inspire others to stop being afraid and to stop making excuses—and his family’s unwavering support in spite of seemingly insurmountable obstacles. The Griffins’ unlikely underdog story has already captured the imagination of millions of football fans and physically challenged people around the world.

McDonald's USA, LLC, serves a variety of menu options made with quality ingredients to more than 25 million customers every day. Ninety-five percent of McDonald's 14,000 U.S. restaurants are independently owned and operated by businessmen and women. For more information, visit www.mcdonalds.com, or follow on Twitter @McDonalds and Facebook www.facebook.com/mcdonalds.

Get Social with 100 Black Men of Atlanta!