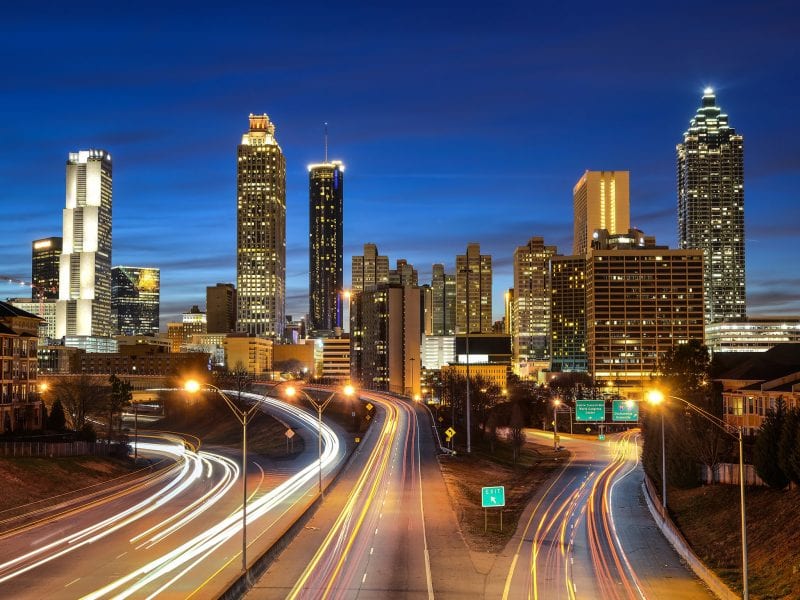 Why Millennials Are Flocking to Atlanta

Want to know why millennials are flocking to Atlanta?  The latest statistics show that there are just over 83 million millennials in the United States, and many of them are choosing to live in Atlanta. In fact, this southern city is one of the hottest spots in the nation among those born between 1981 and 1997, with more than 90,000 moving to Atlanta in 2016 alone.

Niche.com, a website ranking cities and neighborhoods throughout the U.S., included Atlanta in its top 25 of 2017 Best Cities for Millennials.

So, why are so many under 40s flocking to Atlanta?

A thriving job market is a must for just about anyone of working age seeking a new place to live, and Atlanta boasts an impressive 4.3 percent unemployment rate as of February 2018, according to the Department of Bureau and Labor Statistics. Ripe with new job opportunities, the top industries here include aerospace, with over 500 aerospace companies in Atlanta; agribusiness; film and television production; and energy. The city is 10th in the top 100 percentage of workers in business, management, science, and arts occupations, while median earnings for those with a bachelor’s degree, aged 25 and older, falls in at $53,581. In 2017, it was ranked among the top 10 cities for college grads.

Affordable homes also make Atlanta incredibly enticing for millennials. Searching for Atlanta homes for sale you’ll find a wide range of diverse options and an average home price of just $234,249. Forbes named it among the 20 best housing markets to invest in for 2018. It’s a drop in the bucket compared to pricey areas like San Jose, California at over a million for a single-family home, or Long Island, New York at nearly a half-million.

National restaurant guide Zagat named Atlanta one of the most exciting food cities in the nation in 2017, and just recently, Southern Living honored it as America’s eighth-best food city. Mentioned among both was its mouth-watering barbecue, comfort fare, like fried chicken and grits, as well as its host of fantastic new eateries like celebrity chef Hugh Acheson’s Achies, set within the Omni Hotel. The restaurant scene is rapidly growing, with everything from hole-in-the-wall gems to pho fusion.

It’s just about impossible to get bored in Atlanta with such a long list of attractions and entertainment on offer, from pro sports, countless museums, the renowned Georgia Aquarium, and multiple historic sites to live outdoor concerts, Broadway shows, the symphony, and some of the most happening nightlife in the country. There’s lots of entertainment to be had in the Great Outdoors too, with miles and miles of hiking trails nearby as well as all sorts of activities on the water, like kayaking, canoeing, and tubing on the Chattahoochee River.

We hope you enjoyed Simply Amazing Living's “Why Millennials are Flocking to Atlanta” post.
This post was sponsored but as always the thoughts and opinions expressed are my own.