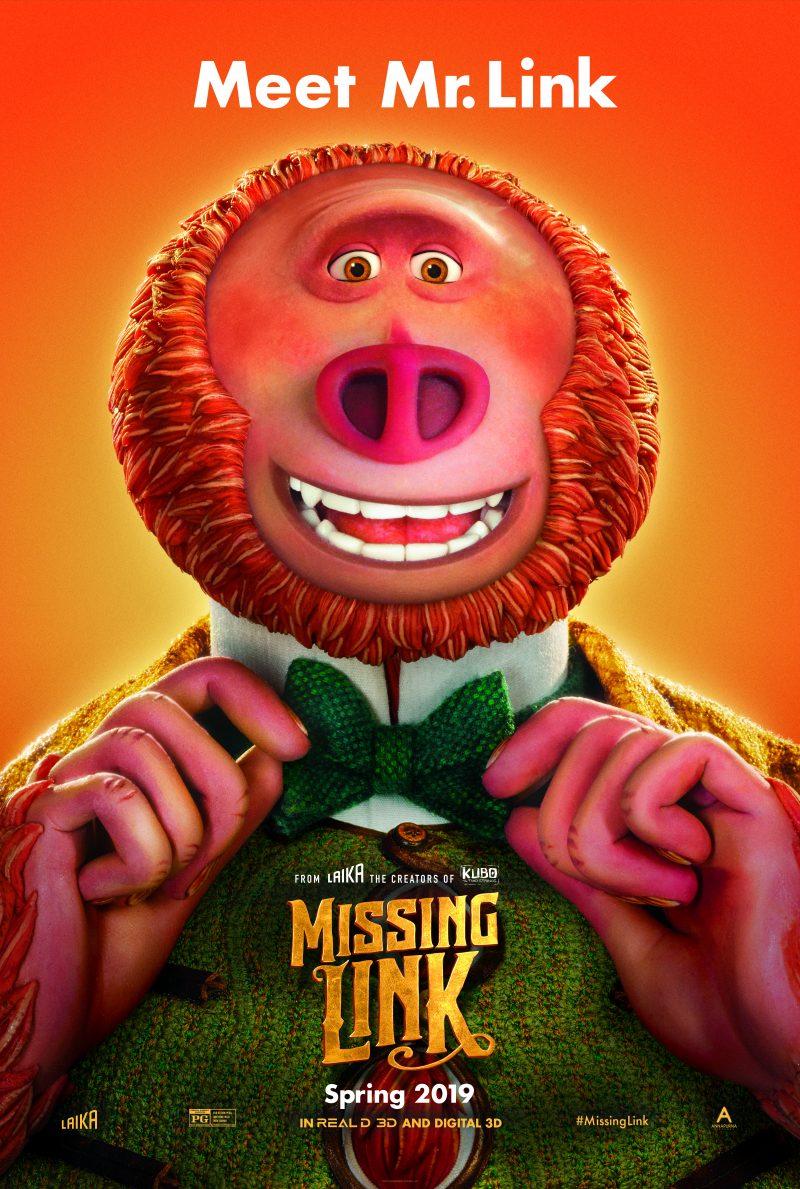 Travel and accommodations provided by United Artists Releasing but did not impact my views or opinions within this post.

Missing Link Wins Golden Globe for Best Animated Film!  LAIKA Studios, the animation studio that created the award-winning and critically acclaimed Kubo And The Two Strings and Coraline (among others) has a new movie – – Missing Link.  Studio executives are saying that Missing Link is their most ambitious stop-motion animation movie to date.  I had the pleasure of touring the movie set in Portland, OR in addition to watching an advance screening of the movie and definitely agree with their assessment.  Missing Link also earned an Oscar nomination for Best Animated Feature Film.

Mr. Link: 8 feet tall, 630 lbs, and covered in fur, but don’t let his appearance fool you… he is funny, sweet, and adorably literal, making him the world’s most lovable legend at the heart of Missing Link, the globe-trotting family comedy adventure from LAIKA. Tired of living a solitary life in the Pacific Northwest, Mr. Link recruits fearless explorer Sir Lionel Frost to guide him on a journey to find his long-lost relatives in the fabled valley of Shangri-La.

Along with adventurer Adelina Fortnight, our fearless trio of explorers encounter more than their fair share of peril as they travel to the far reaches of the world to help their new friend. Through it all, the three learn that sometimes you can find a family in the places you least expect.

Brian McLean, Director of Rapid Prototyping, gives us a behind-the-scenes look at how the puppets are made.

Brian was awarded a Scientific and Engineering Oscar® plaque in 2016 for pioneering the use of 3D printers in stop-motion animated characters. In 2017, he received an Academy Award® nomination for Best Visual Effects for his contributions to Kubo and the Two Strings.

Click HERE to see my Missing Link article on Divine Lifestyle which focuses on Costume Design and facts about stop-motion animation films.

Attending the advanced screening in Atlanta at Regal Atlantic Station.

Get Social with Missing Link!